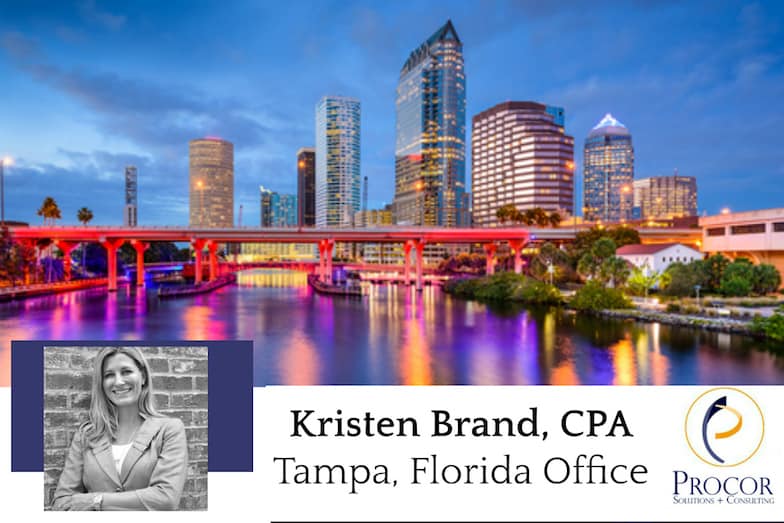 Kristen Brand is a CPA in Procor’s Tampa, Florida office. Below Ms. Brand offers tax tips for individuals and businesses impacted by the recent hurricanes

The President has declared that a major disaster exists in all 67 counties in the State of Florida. Following the recent disaster declaration for individual assistance issued by the Federal Emergency Management Agency, the IRS announced that affected taxpayers in Florida will receive tax relief.

Similarly, in response to Hurricanes Harvey and Maria the IRS is also offering expanded relief to any area designated by FEMA to individuals who in reside or have a business in Georgia, Puerto Rico, US Virgin Islands and 47 different counties in Texas. As of today, the IRS has not made an announcement specific to Hurricane Nate.

Affected taxpayers in a federally declared disaster area have the option of claiming disaster-related casualty losses on their federal income tax return for either the year in which the event occurred, or the prior year.

Individuals may deduct personal property losses that are not covered by insurance or other reimbursements.

Taxpayers claiming the disaster loss on a 2016 return should put the Disaster Designation including your state, and the name of the hurricane at the top of the form so that the IRS can expedite the processing of the refund.

The IRS has postponed certain deadlines for taxpayers who reside in or have a business in the disaster area. Most types of tax returns with deadlines between Sept.4, 2017 and the end of the year are included.

The most common deadlines which have been extended include:

Be sure to check out these helpful links: